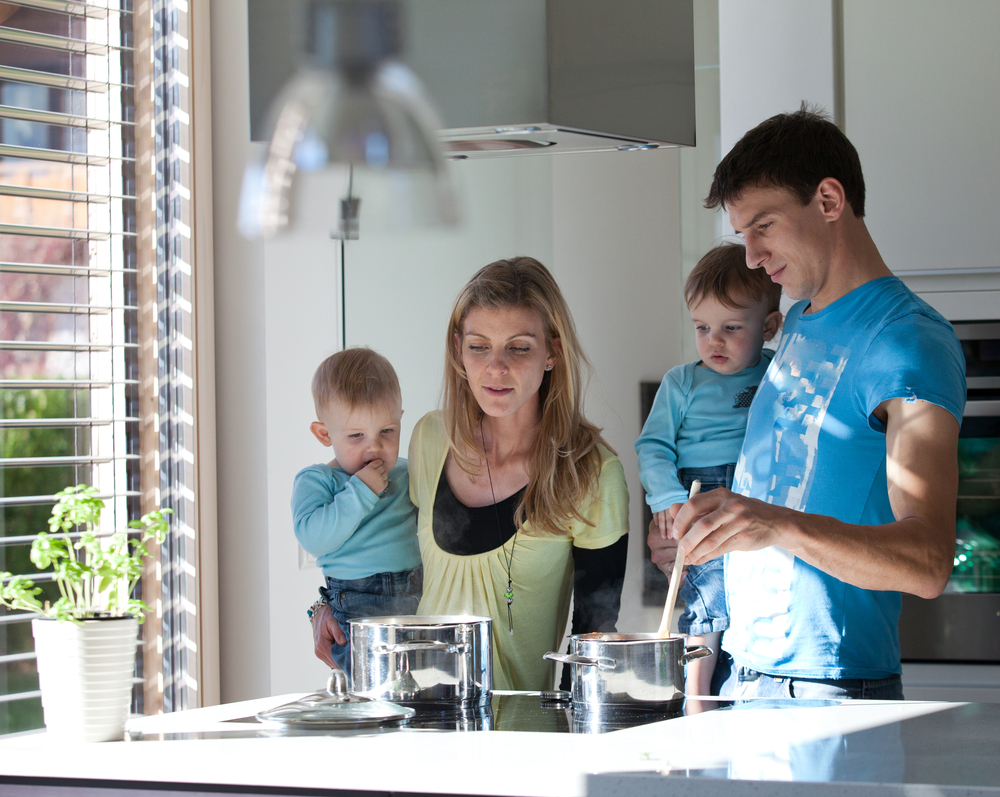 I just got back from this year’s SXSW interactive festival in Austin. In addition to catching up with my 20-something roommate from NYC who is now an “Austinite”, I met a ton of fascinating people, ate great food and got to hear amazing people speak. Many of the panels I went to focused on women …what we could learn from each other and what we have planned for the future.

Today I’m sharing a few highlights from a session on work / life change with Anne Marie Slaughter of “Why Women Still Can’t Have It All” fame. For Anne Marie, the issue really comes down to “why we ALL can’t have it all”, meaning both men and women. If we both pitch in with the same expectations and values it will all equal out. Admittedly, this is far more easier said than done.

Slaughter made an interesting point about shifting from thinking about work / life balance in terms of men vs. women  to caregiver vs. breadwinner. Her point being that in today’s world we may all work until we are eighty , so why not think of it in terms of each kicking in when the time and place is right. Both men and women can, and likely will, take turns being the caregiver or breadwinner based on what makes sense for the family and their earning vs. personal growth potential. It’s hard for both parents to be full-on career and full-on family regardless of the amount of money available for hired caregiving.

On the bright side, she felt that if anyone was going to get this right it was millennials.  Trends indicate that Millennials place a different value on meaning vs. money than previous generations so perhaps change is ripe. According to Slaughter, “This generation is going to figure out how to work less and share more.”

I agree with her sentiment that 20-somethings (and the older folks too) have the opportunity to use technology, knowledge sharing and the nurturing of creativity to create new solutions. We are now in an age where lifelong learning is a value. If you are not done learning when you are out of college why should your career have an expiration date (regardless of when you have children).

Slaughter envisions a world where both men and women share more of the childcare responsibility but acknowledges that to make this work, society has to change.   She shared that her sons tend to agree with the media on “the end of men” — that women are smarter and are crushing it in academics and career growth. But that doesn’t mean that young men want to hear, “You can do anything a girl can do.”  This refers to the fact that many of us 40-something women grew up hearing the mantra, “You can do anything a boy can do.”  Why can’t the conversation simply be that you can be what you want to be (if you work at it, believe in it and there is a market for it are the caveats I would add to that)?  But until that is the case, it will be hard for many men to feel they have to permission to be the caretaker.

That brings me to the second point Slaughter made that I found thought provoking. Woman have to take responsibility too. You can’t say, “I want to be equal” and then still want the security blanket of knowing you can quit your job and your husband / partner will be the dominant breadwinner.

“That is really not going to work. We have got to find ways to value the guy who is really the equal partner…recognizing that some of the time that means that you are going to out-earn him…or some of the time he is going to do the traditional work that women did. And until we can value that, there is no way we are actually going to get men who are able to be equal partners and thus for women to have equal opportunities in the workplace.”

Sadly, and regardless of the media focus on woman who “want it all”, some women today consider the option of opting out as a major stress relief. A few 20-somethings I speak to secretly admit that sometimes the idea of opting out seems a valid escape from the hard work of “leaning in”. That is a shame or as Ann Marie Slaughter put it…”the bottom of the barrel.”

Which brings it to the third and final point for today. I related to a response to a story from Jessica Coen, Jezabel editor-in-chief and nimble interviewer, about a female friend who was on the fast track at work but after giving birth lost all interest in that fast track. Slaughter felt this was dangerous. Yes some women might feel this way after a child but so do some men. However, men don’t have permission to feel this way, or at least act on it. She also believed this may only last for a period of time which comes back the the cycle of taking shifts as caregiver vs. breadwinner.

“Guys still have careers and families without having to make the choices that many women do. So in that sense I stick to my original point  [from Atlantic article]. But what a lot of these guys are saying is ‘look, I want a different set of choices. If I say I want to go home at 6:00 to pick up my kid from day care, or I need to work from home one day a week or I need part-time’, they get the same pushback women get in terms of dedication to their careers. But they also get a whole thing about,  ‘Well you are not one of the guys.’  There is a whole masculinity thing that makes it much more difficult to be equal supportive spouses and be equal engaged parents. So one of the things I am convinced of is that if we are going to have better choices for women, we have to have better choices for men. We have to make it as possible for guys to step back and be fully engaged whether it be caring for children or parents or spouses as it is for women.”

Of course we have to navigate the reality that only women can carry the child for nine months and only mothers can nurse. As Slaughter consistently proposes, we all have to fight for change and change has to come from the top. But perhaps there is a new future if we begin by giving our men permission to be caregivers and absolve them of the default to be breadwinners when all else fails. That is equality.