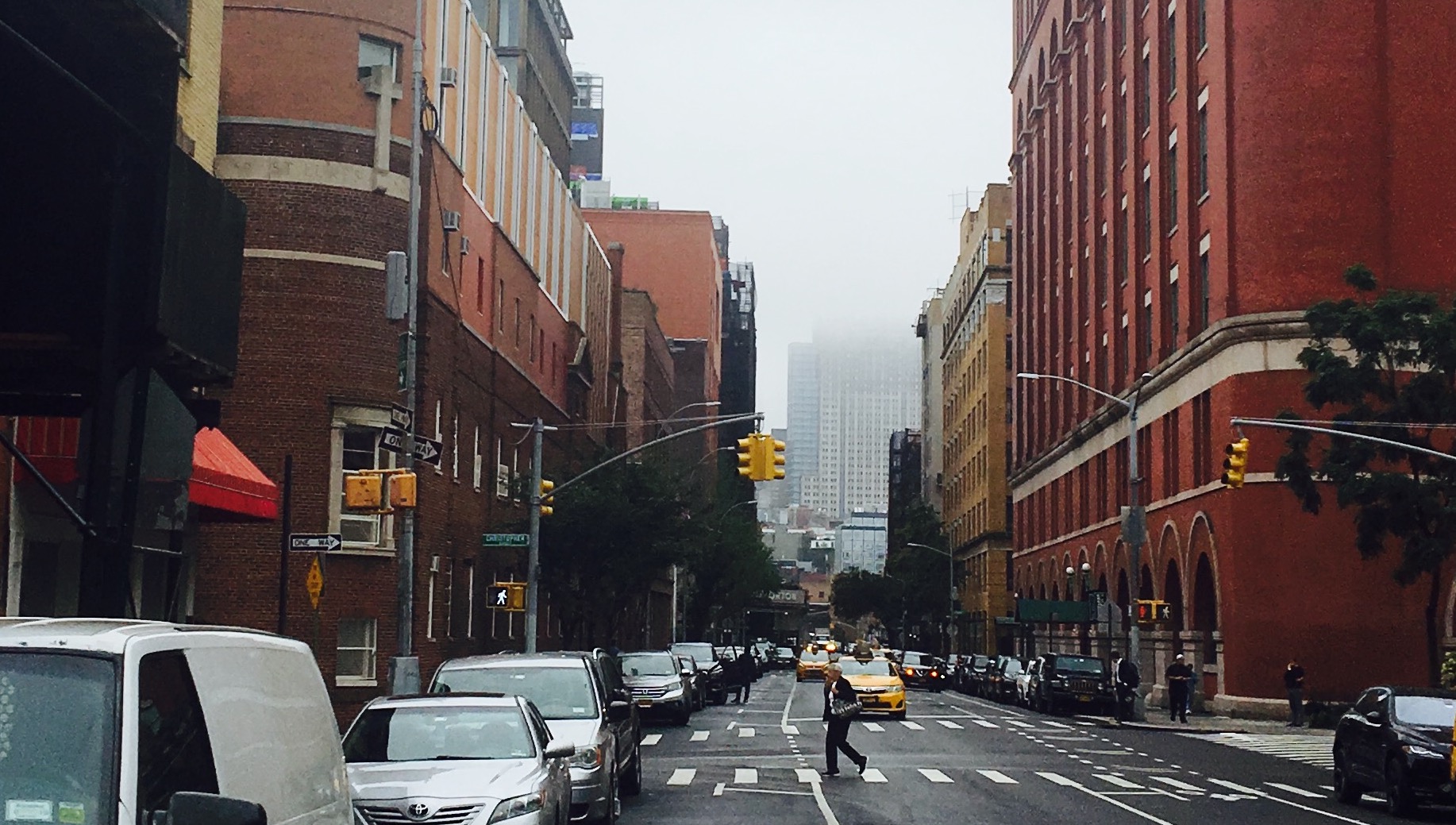 This is year six of my yearly walk down Greenwich Street to take a picture of the World Trade Tower in remembrance of 9/11. Every year I take a picture and republish this blog post. I always take the picture on the street where I first lived in NYC, and where I saw the towers fall from my office building on Houston and Greenwich St, to reflect what the World Trade Towers meant to me then and now.

The Twin Towers were my beacon…calling me to keep going.

Wednesday morning after I wrote my daily blog post I sat and thought about if—and what—to tweet about 9/11. I couldn’t. While so much of what happened on 9/11 transpired in an instant, there is nothing to commemorate it that can be contained in an instant. It will forever be a part of each of our individual and collective history as New Yorkers and Americans. There was nothing I could say. I left Starbucks, my computer silent.

As I left I walked down Greenwich Street – the street I lived on when I first moved to New York and the street where I witnessed 9/11 unfold before my eyes – held captive in my 13th floor window office fifteen blocks above and overlooking Wall Street. At that point I lived on the Upper West Side and eventually was able to walk home to an area that seemed miles away from ground zero on that clear as glass September day.

I could tell you about that day and what I saw and heard – but I won’t.

What captured my heart yesterday morning was this sight. Looking down Greenwich Street at the new skyline—and remembering the hope and wonder I felt looking at the Twin Towers when I first moved to New York and went for runs down this very street.

Forget the West Side Highway running path. I wanted to run on the streets of the city. I loved feeling the cobble stone streets under my feet on one block and pavement on the next….as curious about the city’s early settlers and their hopes and dreams as I was in awe of a city built on landfills and steel ever reaching upward.

As I ran down Greenwich Street the Twin Towers were my beacon…calling me to keep going. They played a part in so many of my experiences then.

My first dinner when I moved to NYC was with an old boyfriend who took me to Windows on the World to “show me the city”. Unfortunately it was a cloudy night and we gazed out the windows at a wall of whiteness – the restaurant encased by clouds.

The dinner did not reignite our relationship but it made me see that New York did not have to be about grand gestures and grand views. It was about being here. I had a place at the table. A slightly shy girl from the Midwest was here drinking in new tastes and experiences everyday.

When friends came to visit back then one of my favorite things to do was ride the Staten Island Ferry. It was fast, cheap and offered a great view of the Statue of Liberty one way and Wall Street the other. There is nothing like the sun reflecting off the Twin Towers at sunset. I will never forget the beauty of that. It taught me that nature does not have to happen in the wild.

Later when I moved to California briefly for an unlikely romance my parents who had since moved Westward, beckoned me to stay after the relationship went stale rather than go back to that big, noisy, scary city.

I thought, “No way”. There is nothing like the feeling of flying into New York City and seeing those towers holding up the sky, shining a spotlight on the city’s remaining skyline – buildings high and low…old and new.

I remember being here when Ellis Island reopened and bawling as I watched the ceremony on morning TV. I cried for what America first stood for– a place for the persecuted to start anew. I cried not for pride at first but for that there was still so much persecution. I was an idealistic 20-something and it was a time in New York still rife with racial uprisings and the tension of extreme wealth and poverty. I spoke to my mom briefly that morning and she told me to wipe away my tears and consider how lucky we are to live here versus so many places in the world that hadn’t made even a single step forward or had been thrust backwards in their pursuit of freedom.

Looking at the Freedom Tower yesterday morning brought all these memories back. And a renewed sense of pride. To me, in missing, and at the same time remembering, the Twin Towers I am missing and remembering all those lost on 9/11. I will never forget.

The skyline may change but we stand for the same things. Now its new formation has become an anchor for me to remember to take the past as inspiration for the future. And now I have a new ritual – to photographing the view down Greenwich Street every September 11th and to look forward and reflect back.