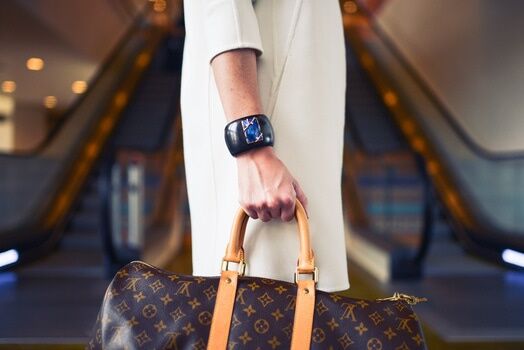 In today’s fast fluid world we learn in real time. There are some new realities that render what we learned twenty years ago, even two years ago, old news. This are those stories – those flashes of insight or aha moments that have a lasting effect on our life.

This week I interviewed a strategic sales exec. From media to technology, she’s all about building relationships. She’s worked at top companies, on industry leading accounts for twenty some years with a stellar record, awards and compensation to match. Something she almost forgot. Until last week. Here’s her story.

I know my shit.

I work for one of those startups. High tech. High testosterone. Snacks, sneakers and chief fun officers. I’m all for fun, but I don’t need an officer to make it happen.

As often happens when you are selling new tools to solve old problems, you have to sell old school style. That means relationship selling. And relationships have to move at the speed of the slowest person in the relationship. My boss is a kid. He wants to move fast. As much as I admire his enthusiasm, he doesn’t realize that some clients don’t want to be texted on Friday night or that getting off on the right foot usually doesn’t involve kicking off with a politically charged conversation (yep that led to a foot in mouth situation). So this is the culture I found myself in after changing jobs last year. I found myself as a seasoned sales person, feeling oh so last season.

I never thought I would feel like the outsider at 44. When I felt out of my league in my twenties I was comforted by the idea that by the time I was forty I’d know exactly what to say and do. But when you are the “grey hair” on the playground (okay…so it’s expertly and expensively highlighted blonde) you begin to doubt yourself. In your twenties you act like you know it all as you freak out about being found out as knowing nothing. In your forties you finally begin to know your worth, as you realize that no one knows exactly what they are doing.

But over the past year I began to fear people not understanding that I know something worth knowing, Until it become more than a fear and I began to believe I didn’t.

Until the other day.

We were on a call with a potential client. Normally a call I would do on my own but my boss decided to join. About halfway through the call I was saying something and he shushed me. Hands up in the air. Shhhhh.

Something in me took control. In a flash the voices in my head changed. I thought…I am not going to be spoken to like that.  I am going to empower myself. I know I am good at what I do and I don’t agree with how he does things. It was just this moment of realizing “I know what I am doing.”

I put the phone on mute and said: “You are not going to question what I am doing. Who are you to speak to me this way. No one speaks to me this way.”

It’s been such a weight lifted off of me. I got back my “I know my shit” mojo. Don’t let someone else take that away from you.

Just think of this story when you are feeling like you lost it.