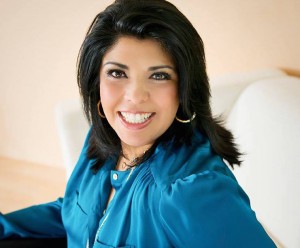 1. Having spent the bulk of her career in the male-dominated industry of advertising without female mentors, Alexis Adauto Ferguson made sure she had a mentor mentality when it came time for her to supervise young females.

“Oftentimes we…don’t realize we’re still trailblazing,” she said. “You cannot take for granted the fact that we are still in a society that is male-dominated.”

Alexis grew up in El Paso, Texas where she ran a small advertising agency while she was in college at the University of Texas at El Paso. She moved to Austin shortly after graduation. Though she moved without a job offer, she landed her first post-graduate job within a week, which she credits to the power of networking.

“It’s not what you know; it’s definitely who you know,” she said of job searching.

Now she resides in Austin, Texas with her husband and two adopted sons who came into her life during a transition in her career. She considers herself “a boy mom and a girl advocate” and says her mantra is to teach her sons about strong women and how to be gentlemen.

Outside of advertising consulting and her new career in skincare with Rodan + Fields, Alexis puts her time and energy into causes that empower young women, specially Latinas. She is on the board of Con Mi Madre, the Hispanic Women’s Network of Texas, and the Austin chapter of the American Advertising Federation.

“Show up with your best self because when you do that, there’s no way you’re going to tear somebody else down… Instead of having envy over someone else’s success, look at what you’ve got and give everything to that.”

As a 40-something fairy godmother, Alexis would grant a 20-something three gifts:

“Take [risks because] you’re going to open yourself up to so many different experiences, and there’s nothing better than life experience.”

“Sometimes it’s a certain person’s time to shine, and that’s when you have to beam with pride… When it’s your turn, you will get your time to shine.”