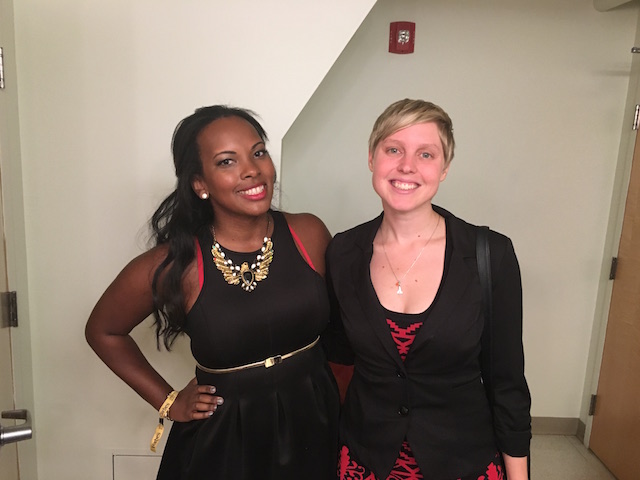 Sarah Kunst, Founder of Proday, and Sophie Milam, an engineer and Executive Officer, HI-SEAS Mission III backstage at a panel I moderated on Women In The World’s Workplace.

This past October I had an aha moment when I read the book Good Girls Revolt in preparation for a panel I was moderating. The book was made into an Amazon series bringing to life the story of 45 women who sued Newsweek in 1971 for gender discrimination — the first suit of it’s kind. The panel focused on the progress women have made in the workplace and questioned…is it enough?

My first “aha” was about what women (or anyone for that matter) can accomplish when we come together. The second was that sexism is tricky. Sometimes when you think something is wrong with you, it’s not you, it’s the system. Check out these two quotes: one describing a moment in 1970 and one circa 2010. Both about the work environment at Newsweek:

“Everyone was saying the same thing – ‘If I were better I would get ahead.” All of us in that room felt inadequate. And that’s when I thought, wait a minute, that’s not right. It’s not because we’re underserving or not talented enough that we aren’t getting ahead it’s how the world is run. It made me see that the problem wasn’t our fault – it was systemic. That was my first ‘click’ moment.” – Judy Gingold, author, Good Girls Revolt

“We had gotten to the workforce and then something suddenly changed and we didn’t know what it was. After all, we had always accomplished everything we had set out to do, so naturally we would think we were doing something wrong – not that there was something wrong. It was us, not it.“ – Jessica Bennett, now a New York Times columnist and author of Feminist Fight Club

It hit me that maybe things hadn’t changed that much and made me wonder, how many times had I doubted myself when maybe it wasn’t me? Back in October, I was curious to know from the same thing from our panelists — Anna Camp, Genevieve Angelson and Erin Darke, the actresses from the Amazon series; Sophie Milam, a 27-year-old female scientist who worked on NASA’s mission to simulate living on Mars; and Sarah Kunst, founder of tech and sports app, Proday. I asked each of them if they had ever experienced a moment when they realized, “It’s not me, it’s sexism”.

You can check out their answers on my Forbes post here: (hint….they give good aha).

I binged on the whole season and was eagerly awaiting the next. Only to find out that it has been canceled despite positive buzz and a 4.5 rating from viewers. Newsweek even named it one of the “best of 2016.”  The executive producer of the show reveals that no women were involved in the decision to cancel the show. The head of Amazon Video is said to have not personally liked or watched the show. Why don’t you decide for yourself! Watch the series if you haven’t. If you like it, held us save it. The stars, producers, creator and fans have a twitter rally with the hashtag #savegoodgirlsrevolt 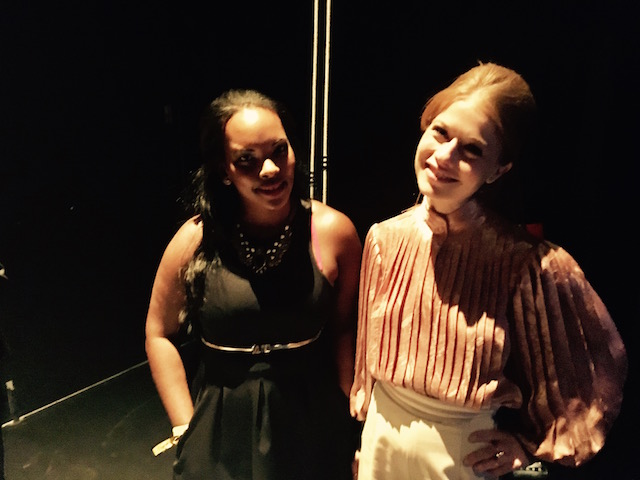 Sarah Kunst and Genevieve Angelson after the panel

And for more, here is a great timeline showing just how much we need it! Timeline of Good Girls Revolting.