How Law School Took Me To The Next Level Of My Film Career
By Mica Walsh, 4020 Vision Ambassador 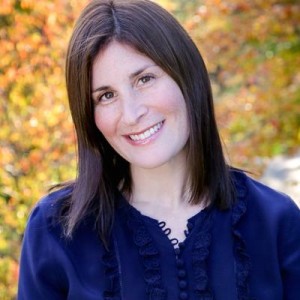 Today I’m sharing an interview with Lara Stolman, an attorney and award-winning documentary producer. Her latest film, Swim Team, is about a competitive team of teenagers with autism and their quest for inclusion and independence. The film’s world premiere is in October at the Hot Springs Documentary Film Festival, the oldest non-fiction festival in North America. I was eager to find out how Lara became a documentary producer, what she learned along the way, and how she balances her career and family.

When I was in my 20s, I was very focused and passionate about film and television. I had internships in college in New York at Channel 13, and also for a Science Fiction series. It was understood that to work in the industry, you have to start as an assistant, answering phones, filing, etc., but at least you’re in close proximity to producers and directors.

My first job out of college was for a TV and movie production company in LA where they made feature films. I was reading scripts and trying to come up with new ideas, but I didn’t like LA. I always knew I was an East Coast person and living in LA confirmed it. I was there for about a year and came back as soon as I could.

There is much more work in LA in film and television, but I had a long-term vision for where I wanted to live. Despite a bumpy road returning to New York, I found work at HBO in their original programming department. I didn’t anticipate it, but that’s where I fell in love with documentaries.

The film and TV world was much smaller then. We didn’t have all the content that we do today. It wasn’t easy to be promoted because there weren’t a lot of opportunities. I desperately did not wantto be an assistant again but it took longer than I would have liked to be a producer.

Stepping Up to the Next Level

I eventually left to go to NBC News, where I stayed the longest. From being an assistant, I was offered a job as an Associate Producer. My boss, a woman, saw that I was able to step up to the next level. I produced ten long-form documentaries including two 9/11 related films.

Back then, it was either-or. I was writing scripts into the wee hours of the night and working on weekends. We had these turn-around times to produce shows within 3 – 4 months. You had to bring the work home.

When it came time for me to have a family, I ended up opting out of the business. That’s when I decided to go to law school. I genuinely believed that having a law degree would open doors for me. And it did. It gave me the confidence and skills to start my own production company. Now I have the flexibility to make my own schedule.

What I Know Now

Don’t worry so much about career advancement—it will happen. Enjoy the moment and take advantage of travel opportunities, culture, social invitations, etc., because one day you may have your hands full with a house and children and a husband and those things will be more elusive.

For more information about Lara and her most recent documentary, please visit Swim Team, or click here for the fall film festival calendar and upcoming events.