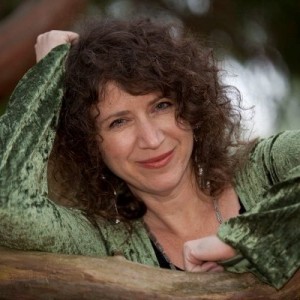 Today I’m sharing an interview with Junie Moon Schreiber, author of the e-book, How To Tame Your Inner Critic and co-author of Journey to Joy, a collection of inspiring stories by women. Junie began her career as a professional actress in New York City, but then had an experience that made her change direction. In this interview, Junie shares her story and the joyful discoveries she made along the way.

When I was in my early 20s, every move I made had to do with being a successful, professional actress. I was living in New York City, and saw myself doing film and theater. I grew up in Fort Lee, New Jersey, and started acting for fun when I was six years old. At 16, I had gone to a well-known acting camp and from that point on I knew that acting was what I wanted to do.

Just after I turned 26, I was feeling disillusioned by my work and where I was headed. Funny enough, doors were opening up for me and I was doing a couple of movies. Things were going well, but I was feeling empty.

I went to a yoga class on 13th Street and I left feeling so peaceful, so full, and connected with the world. The other part of me was living in a volatile environment, smoking and drinking. I was working so hard to make things happen—it was a tight, anxious feeling. That’s when I knew something had to change.

My Decision to Change Careers

During that challenging time, it was recommended that I go to the Omega Institute, a holistic center in upstate New York. There I found myself in a community of heart-centered, healing people. As an actress, I felt I wasn’t serving, but I liked the life at the Omega Institute. At that point, I knew I was going to be of service and that I wasn’t going to be a professional actress anymore.

I knew that 9 to 5 work was not for me, and I wanted to be involved with the mind, body, and spirit. I became a massage therapist, acupuncturist, and then a transformational coach. I like to make my own hours and help lots of people. As a transformational coach, I’m not just helping people to goal set, but I help them to shift old belief patterns. I was trained by Cliff Barry, the founder of Shadow Work, which is the process I use.

What I Wish I Knew Then

In terms of advice for women in their 20s, the word that comes up for me is “trust.” Trust your gut. Trust your intuition. If something doesn’t feel right, find out why. As women, we really are intuitive. Our culture has us go to our heads so much, but we need to feel what’s going on in our bodies. If something’s not comfortable, we should really listen to it. It doesn’t always mean that we shouldn’t move forward with a decision, but that we should really listen to that message inside.

What I Learned Along the Way

Also, you don’t have to do it alone. Get the support you need. Learning to have self-care is so important. We’re in a place where women can have it all and we’re running ourselves ragged having it all. Being happy may not be having every single thing. We’ve taken on a lot of masculine energy, trying to accomplish so much. What I hear from women all the time is how they want freedom, they want joy, and they want time with their families. Women need to be mindful of the balance. It’s good to allow ourselves to be playful and to enjoy our lives.