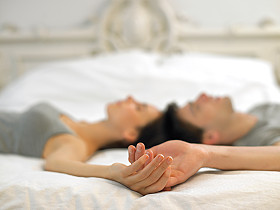 A lot of 40-something women regret making the same mistakes over and over…from dating the wrong guys, waiting too long to ask for a raise or spending time with toxic friends. An entrepreneur I interviewed spoke of this tendency as the sunk cost trap. He ended up leaving a long career as a doctor and years of schooling to go into business …and then found a thriving startup.

“It’s like having paid for a bad movie. You should walk out of a bad movie because you are wasting your time on top of the money you already spent. That sunk cost feeling is very hard for people to overcome. Yes I’ve done it 8 years but every additional day I waste from here on out would just make it worse. So stop the bleeding and start doing what you want to do with your time.”

This same fear of starting anew or giving up what you have put so much effort into explains why people stay in relationships that have passed their “use by” dates. Looking back, this woman explains the bad investment conundrum:

“You think it’s okay to date a jerk. There’s that challenge of keeping the hot guy but you lose so much of yourself. It’s not worth it.  He’s always will have his eye on the next hot girl and you blame yourself – “Am I too fat? Not pretty enough?” It’s a terrible feeling.  I did it for years in my twenties because I thought I invested my whole college dating career in this guy I can’t give up now.” – 40-something, mom, wife, executive, Chicago, IL

She did leave that guy… but not without wasting more time than she wished.

Maybe we can use this perspective to make some shifts in our thinking. Rather than thinking of invested time as a sunk cost….think of where you could be investing your time instead. Consider the excitement in the unpredictable. Maybe if you left that bad movie you might start a conversation with someone interesting on the way out about how bad it was…or happen upon a fantastic art gallery next door. Consider that you just gave your self back the gift of some unexpected time to indulge in something you truly enjoy.

After all, that time could be spent becoming the person you want to be…

“I wouldn’t say don’t get involved in relationships in your twenties because you have to follow your heart. But watch out for the tendency to appease. There is this willingness to think, “I’m with this person so I must try at all ends to make it work even though I’m not happy.”  I stayed in a relationship for too long despite being unhappy because I felt like it was my obligation. It’s a terrible way to live. I see now that it sucked up all my time when I could have been enjoying life as a single person. When you spend your time doing what you love rather than being trapped n a box of bad energy, it opens you up. Then when you meet someone who isn’t that much work ….you can appreciate this amazing sense that just being with a person can be great .” – 40-someting, designer, entrepreneur, mom, wife, NYC