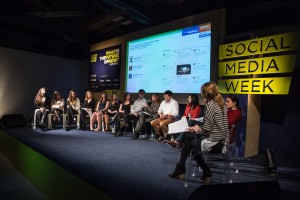 At the  7×7 Mentoring Salon I did for SMW 7 up-and-coming professionals / entrepreneurs posed their burning question to 7 experienced entrepreneurs and leaders. I’m doing a series of posts sharing the answers.  Today’s question focuses on skills needed to become a leader. The mentors answers are  full of wisdom. I will share half today and the other half next week.

Molly’s Question:  What is the best leadership capability that I should work on developing early in my career?

Molly Ford is the founder of SmartPrettyandAwkward.com, a lifestyle website that offers advice on how to be smarter, how to be prettier and how to be less awkward. It started as a blog several years ago and has grown into a vital platform regularly featured in national press. Molly also works as a digital marketing associate for a large media entertainment company and has a syndicated column that appears in Parade. Her goal is to grow the concept of Smart, Pretty and Awkward beyond a website. Her question focuses on she needs to do now to help her build this future:

You hear a lot about management skills, measurement and building a team but to lead an organization, one of the most important things is emotional intelligence. You have to develop the skills that allow you to get what makes people tick.

Mark Suster is known for saying that being a CEO is like being a chief psychologist. It’s true because there are so many things going on in everybody’s life that affects interactions with co-workers and their performance. You can sit somebody down and have a very direct conversation, but it’s much more effective if you are capable of understanding what they need to hear. That’s something that’s often overlooked. – Justin Stanwix: Director, Friends of eBay

A2. A growth mindset

One of the leadership ideas that I’ve been interested in lately is the growth mindset versus fixed mindset. Carol Dweck has done a lot of research in this area. The concept is that if you’re in a fixed mindset, you believe that you’re born with a certain level of intelligence, talent and ability and you spend all of your time trying to protect that. You try to make sure that nobody ever sees that you’re doing something wrong. You surround yourself with people who are just good enough to make you look good but don’t ever surpass your level of intelligence or genius.

They researched people how have been truly successful, from athletes to CEOs, people who have built a legacy,–  the thing they all have in common is that they have a growth mindset. They are willing to be surrounded by people who are smarter than they are. They’re really willing to always have beginner’s mind—go back and be in that place where they’re willing to learn and they’re willing to step out and make mistakes and show people that they don’t have all of the answers. You may already be in a growth mindset, pay attention to make sure that you stay on that place. It’s think is very important.  — Jessica Lawrence, Executive Director of NY Tech Meetup

A3. Learn to improvise…especially if you were that girl who got straight As.

This is something I wish I would have done in my twenties. I’ve been trained as a classical pianist. What I wish I had learned how to do was to play jazz and so my advice to you is learn how to improvise. Put yourself in as many situations as possible where you don’t know all the answers and you still have to talk to a point. As a leader, you’re going to be in many situations where you don’t have all the answers but you are going ot be required to step up and have something to say.

You need to practice doing that right now because women in particular get very, very good at going to school and figuring out what you need to do to get an A. You study as hard as you can to ace every test and do what is asked. So if you’re that girl who went through and always got As, you don’t really know how to improvise. My advice to you would be to practice doing that. – Whitney Johnson, author, speaker, advisor and expert on personal disruption