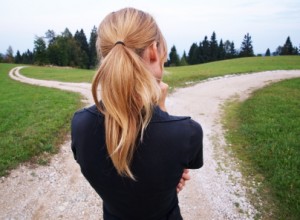 Advice on luck, asking for what you want and work-life fit from a former 20-year corporate brand / innovation director and now C-leverl at a global non-profit.

On luck vs. asking…

I found out I was pregnant two weeks after I was promoted. I was so conflicted. I was on the fast track but I wanted to taka the max time off. I had all these ideas in my head about being a good mother but I knew I didn’t want to be a full-time mother. I was the first person to ask for flex-time at my company. At the time a lot of people said that the company was good to me…well I was good to them too. It’s that mindset that needs to change. I’m not trying to take it for granted and I know there’s a lot of places where you could’ve made the requests that I’ve made over my career  and people could’ve said no. But don’t assume it’s luck…you have to ask.

On how to ask for what you want…

Do your research. And then you have to think through the issue from both persons’ side. Try to think about it from someone else’s point of view. Why it would be good for them? So I had to think about it from the companies side. You have indicated I am good at what I do so it’s good I’ll be able to stay. I’ll be super motivated. And in urgent situations, I can certainly come in on Friday or change day here and there. I tried to make it easy for someone to say yes. How do you make it easy for someone to say yes? You also can’t trivialize what you want. You have to think about where you are willing to give or not give. So what if they had said no? Would I gone back to work five days?  You  need to know the answer to the important questions before you go in and start having a conversation.

Being a mom and working? It’s like finding this balance between being in the moment and planning. I’ve worked for a company for a long time and now I am thinking about what I want to do next in my career. At the same time I am very conscious of the fact while my kids are at a good age… I only have 5 more years or so when they’re at home. It has tempered the choices I want to make. I’m not saying you can’t work full-time and have kids. But for me it’s more than a phase thing. It’s not like kids are a transition to what you do next, after they grow up, it’s like they are the core of what you’re supposed to do and then what comes next?

A long time ago, someone was quoted as saying, ‘You can have it all. You may just not get it all at the same time.” I think it was Kathleen Brown. That is what I tell people all the time. There is no one right way. There are multiple paths. The fact that I chose to work between 3 and 4 days a week does not make me a better mother. It does not make me a better person. The people who are working full-time and the people who are working the stay-at-home path…they both can be good and bad. I think there’s this feeling among women sometimes that you have to show how your path is the better path instead of recognizing that there are all these paths that can be there.