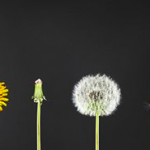 I had a conversation yesterday with a woman who develops leadership programs for corporations and helps people change careers. She made an interesting comment that while she helps people change, she doesn’t really believe people change. It’s not really about change. It’s about having the right toolkit to understand your strengths and how to best put them to use. It reminded me of a conversation I had with an almost 40-something woman who was going through a big life change, having divorced her husband, moved and started a new job. She too believes that people don’t change and share her thoughts on how to think about that as you enter into marriage…or not.

“A lot of people, many that I respect very much, believe that marriage is about compromise. I don’t think it is. I think it’s about agreement. No one wants to compromise what he or she believes in and who they are at the core. My husband and I divorced not because we didn’t love each other but because I wanted a child and he didn’t. To this day even dear friends ask, ‘Is he really willing to lose you over this issue?’ And I have to say yes he is.

Even though it kills me and breaks my heart, I respect him for knowing that he is not capable of that and what it would do to us. He is not going to do that to me. He’s just not going to give me some sperm and pop out a kid. Then we’d be collectively miserable. I know plenty of people who’ve done that. It’s not the answer either.

My biggest learning is that people don’t change at the core…and you have to know that going in. People sometime can change – but you have no control over how people change.

What you don’t realize is that life will happen to you and to your partner. Elements will enter into your life that are unexpected, that you or your mate have never had to deal with before. There’s a totally a new element in the mix.

The way that your partner deals with these new elements is what is most important. Those elements are going to be hard to manage and that’s what you can’t plan for. That’s why you can’t plan for it. You have to be happy at the core with who this person is and be very clear about what you enjoy about the person.

I’m not sure what the toolkit is for being prepared when your partner changes…or doesn’t change the way you wish. Perhaps, like the career consultant advises, it is about knowing your own strengths so you know you have the strength to go it alone if you can’t come to an agreement. It also helps to go into the relationship with your eyes wide open. One of the metaphors I have come up with as I have interviewed over 100 women over the past year is that if it is broke, not only can YOU not fix it but you can’t expect it to get better when you get married. If you buy a used car and there’s a little something wrong with it, it’s not going to get better with wear and tear. It’s going to get worse. And as you get into your 30s and 40s you are going to have some wear and tear in a relationship between career and family stresses (and joys). So think about the core character traits that your partner has now and how they amp up or down during stress. Now amplify that times 2 or 3+. Is that something you can deal with 10, 20 50 years from now?