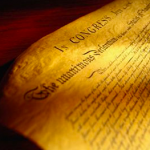 We hold these truths to be self-evident, that all men are created equal, that they are endowed by their Creator with certain unalienable Rights, that among these are Life, Liberty and the pursuit of Happiness.

Those who desire to give up freedom in order to gain security will not have, nor do they deserve, either one.

Happy 4th of July! In honor of Independence Day I  reprise this post from two years ago…a  look back at all my interviews to search for quotes and thoughts pertaining to independence. The two quotes above honor the independence of our country and that of the value of independence for the individual. The former allows the the latter! Here is some 40-something perspective on what they know now about personal independence on subjects from family to finance to self-fulfillment.

On independence within a relationship…

“Give yourself some freedom to have independent lives. We dated since we were 18 but didn’t marry until 30. We were together but then we had our lives independently. We didn’t entirely revolve around each other. It wasn’t a plan. It just sort of worked out that way…but I suspect that had we been right in each other’s face all the time, we wouldn’t have felt the freedom to do what we wanted to do and have independent lives. It would’ve worked out differently. If you don’t have a social life, an intellectual life or some kind of activity that isn’t all about your significant other, it’s really hard to feel that you have a sense of identity. You can’t entirely depend on another person for your identity. – 40-something, married, mom, high school teacher, PhD, Los Angeles, CA

“My husband and I are both independent people. We’ve always had us but then we’ve always had a lot of other things in our lives.  I have my book club. I have my own group of friends. If it turned out that one of us always wanted to do everything together and one of us had all these outside interests then it would have been a problem. But we know we are a good team together…and then have all these other things going on too. Your spouse is a very, very, very important relationship but don’t expect it to be the only relationship. You’re both going to need other people and other things.” — 40-something, working mom, wife, Oakland, CA

“A lot of times society tells you that there is the right way. Get married. Have children. But honestly, I love living alone. I absolutely love it! I love my solitude. I love solace. Now I have a boyfriend and I really love him and we’ve been talking about moving in together. But I’m not sure. I think that he really likes his alone time too. So maybe we’ll just not live together yet and create a new paradigm. Maybe we just spend four days a week together. People can’t believe a woman that really enjoys her independence and loves being single.” — 40-something, artist, freelance consultant, Santa Monica, CA

On moving away from home…

“Definitely move away from home at some point. You are never going to be an independent person if you don’t put yourself in independent situations. Some people are afraid to leave their hometown or the security of what they know. I bet if you did research on the most successful people, I can guarantee they did not stay at home and surround themselves with the familiar. They take risks. And taking risks is a hard thing to get yourself in the mode of doing because with risk comes failure and most people don’t care for failing. But it’s the people who have the self-confidence to fail and still feel successful that are happy. — 40-something, fashion designer, entrepreneur, mom, wife, NYC

On being a single mom…

“If you can’t find someone to spend your life with and you want a child, don’t be screwed out of a family. Have it on your own.  You may reach a point in your life where you’re really independent and you realize you may never want to get married. You may want kids but you just haven’t found someone. You shouldn’t have to settle. I would say to you, “What are you waiting for?” If you don’t find a partner and want kids then you should have them on your own, which plenty of people I know now are in the process of doing. I believe that while having a partner to raise family with is lovely, it is not imperative.  There are certainly ways to do it the other way.  – 43, divorced,  mom of 3

On kids vs. career…

“I look back and think… I always was independent and career-oriented and I always will be. Some of my friends focused on getting married. Some did and some are divorced. For some of them, being a mom is their career. I’m very different from that. I think without all the experiences that I’ve had, I wouldn’t have arrived to where I am today and I wouldn’t be able to give those experience back to my children one day. If I had gotten married at 25 and had kids, I would have been somebody different. Then they wouldn’t have gotten that out of me.

I worry about being an older mother but I don’t regret focusing on my career. I think it’s very important to listen to yourself. There’s this society depiction that you go to college, you get married and then you have kids. But a lot of times in that scenario, people don’t know who they are. Ultimately, that’s what causes divorce. You have to figure yourself out or you are going to grow apart.” — 40, in a relationship, planning on having a child, works for herself, NYC

On work and social life…

“Keep your  social life independent from your work life. It makes you really vulnerable if your associates know what is going on. Keep that independent.”– 44, wife, mom, Cleveland, OH

“When I had children I wanted to work more independently so I morphed my experience into something else. I went from corporate to working for the business side of a civic organization and then became an independent consultant. It took me a long time but I was able to parlay it into something I was really more interested in. I realized I don’t like working for a big company. I was always an independent person.  I didn’t want somebody to hire me.  The thing about flexibility is that you may have to get paid a little less so you can come and go if you need to go be with your kids, your parents or somebody that’s sick.

If you want to be an independent consultant, figure out your value added. What possible thing can you do better than other people? If you don’t add value, if you can’t do it faster or smarter or with more creativity than somebody else then why would they want to hire you vs. a full time staffer? Figure out that thing. What can you bring to the table?” — 40-something, working mom, Chicago, IL

On financial independence within a marriage…

“You need some degree of financial independence no matter how stable you think your relationship is. You need to be able to support yourself. It gives you a sense of autonomy that without which I don’t think you can make really good decisions. You certainly don’t want to end up in a relationship with any man where you can’t afford to take care of yourself and really be yourself. That doesn’t mean you have to be able to drive around in a Mercedes and live in a fancy house. It simply means that if you had to, you should be able to pay your bills yourself. Then the rest is negotiable… how you end up dividing up the finances in your marriage. That’s up to you.” — 42, married, 4 children, Detroit, MI