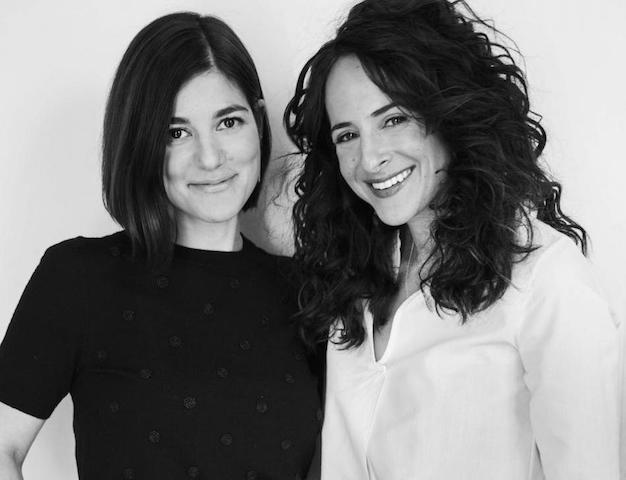 I had the wonderful opportunity to chat with the two 20-something founders of Of A Kind, an online retail platform featuring limited edition pieces from different fashion designers each week.

These two friends from college combined their eye for fashion, creativity and editorial curiosity to take the plunge from working for someone else to doing their own thing.

Claire Mazur, an art consultant and fashion enthusiast, saw an opportunity to assist designers by creating a way for them to share their work with a passionate, engaged community.  Erica Cerulo, an editor at Details and then Lucky, saw the power editorial had in moving fashion brands and was inspired to create a fresh connection between editorial and sales.

I was intrigued by their concept of “accessible exclusivity” – bringing a “one-of-a-kind” luxury sensibility to affordable fashion. They solve the conundrum between owning a unique piece of design and having a budget by commissioning up-and-coming designers to create exclusive items in lots of 5 to 50 at $40 and up.

Conundrum two. If fashion is aspirational, how do you buy into the lifestyle of new designers, who by definition, are yet to be discovered? Of A Kind not only speaks to design inspirations but also provides a rare glimpse into the designers personal lives — from their neighborhood haunts to their favorite recipe to the music that moves them.

Check out their latest edition from the Hill-Side, which is launching tomorrow, at http://www.ofakind.com and read on for the story on these two 20-something entrepreneurs.

Today I’m sharing their insight on starting a business. Later this week I’ll share their lessons learned and the best advice they received.

On getting from inspiration to vision…

Both Claire and Erica knew they wanted to do something on their own but they didn’t want to start something just for the sake of starting. What was the inspiration that made them pull the trigger?

Claire: “I was applying for a job at 20×200, a website that sells limited edition prints from working artists at accessible prices. I was discussing it with Erica and thought…could this become a platform for fashion? It all came together from me being intrigued by this model of supporting emerging artists and talking to Erica who was fascinated with the idea of a retail site with an editorial component.”

On knowing when it’s time to quit your day job…

Erica: “We put a lot of thought into it and talked to a lot of people.  We decided to work on it until we realized this won’t work or we ran out of barriers that said this is impossible. That’s when we knew it was more than a side project.”

On starting with a partner….

These two say they couldn’t have done it without each other. One key to making it work is to know your strengths and divide responsibilities along those lines early on. The benefits?

Claire: “A partner gives you a system of checks and balances. There are so many decisions that need to be made in the course of a day that it would be easy to say ‘ok that’s fine, it doesn’t matter’. Having someone else there to say ‘actually maybe it does matter’ is invaluable.”

Erica: “It would be a real struggle not to have someone else there to give you feedback. You need someone pushing you and saying ‘what about this and what about that?’”

On partnering with a friend….

It’s got to be someone you can handle the highs and the lows with and still respect. Having worked on projects together in college Claire and Erica knew they worked well together.

Claire:  “There was no question of trustworthiness. I didn’t wonder whether she was flaky or if her parents would be supportive. I can’t imagine doing it with someone I didn’t know well.”

Erica: “One thing about our relationship that it made is work is that we have a friendship too. We work together and we can still be friends outside of work and than also have separate lives outside of work.”

Claire: “I hope one day I will have a successful marriage because I got to practice on Erica.”

Claire: “When there are only 2 employees…and maybe some interns, you’re responsible for making all the decisions that in a bigger company would be spread out across a lot of departments.”

Erica: “In the beginning we worked out of our home and had interns in our home. It was awesome that people were willing to work in that environment but it is also hard. There’s a slumber party mentality that comes with being a group of girls working out of an apartment that made it hard to get the most value out of everyone. It didn’t feel like a real work environment. It’s only now that we have an office space that we feel we are a legitimate business. Everybody comes to work at the right time and treats the space like an office.”

Don’t be an entrepreneur if…

Claire: “If you cherish leaving work at work or have to have 14 days vacation a year. I think it’s important to try to do those things when you start your own business, but it’s all consuming.”

Erica: “If you are someone who thrives on structure. A few years ago I’m not sure I was mentally in the position to handle not knowing what the next day looked like. Things change at the last minute and you’re constantly reordering the day. When I first graduated I enjoyed having a job where I knew what my next day held and I could feel mentally or emotionally prepared.”

Do become an entrepreneur if…

Thank you Claire and Erica. I look forward to part II of your interview later this week!