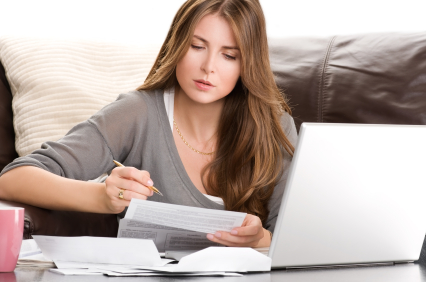 I was recruited for a job and started three months ago. When I was offered the job, I was told that the company was restructuring and the person in my position and another person in the office were going to be let go. I accepted the job because I understood the reason for the restructure. I then showed up on my first day of work, my boss had not fired the other workers and had not even told them I was coming to work. In the last three months, I have not had a real purpose at the agency (I typically go to work and have nothing to do).  I have to deal with the hostile work environment because the other workers at the agency view me as a threat. I have noticed other issues with company management such as the manager not being honest with the workers that they want to fire.

I feel like the position is a bad fit for me and want to leave but it has only been three months. I would give this more of a shot and stay for a year to see if the issues would change, however, there are a lot of trainings coming up that my boss wants me to participate in. I don’t want them to spend the time and money to train me if I do not intend to stay. The training would likely help the being bored at work, but would only make me a back up for the other workers there, because it seems like they are not going to be let go.

First…I always give a job 6 months. It is the bare minimum to be able to evaluate a work situation. New jobs are always strange and uncomfortable. And I think it is normal for management not to be “honest” about firing someone until the day they fire them. I would strongly recommend that you talk to the person who hired you and explain your concerns, since you are thinking of quitting anyway, you have absolutely nothing to lose. If they seem dishonest, or have changed their position versus what they promised in an interview, then you can reconsider the job.  — 40-something, advertising, NYC

Have you tried talking to your boss about the situation? You have every right to have a frank discussion with him or her. Learning how to discuss difficult issues with your superiors sooner than later will help you in your career. It’s always hard to start the conversation but it’s always better to know that to be wondering what is up. After that I would ask if your expectations are too high? If you are just starting out sometimes you have to go through a period where it is it not all interesting and high powered work in the day to day all the time.

That said, if the boss is not open for discussing, or not planning on making any changes …and you have a realistic expectation of work and career, then I would say go ahead and start looking. It can’t hurt. You can articulate why you are leaving as the company restructuring did not happen and you are looking for more responsibility. — 40-something, marketing, Ohio

I applaud you for being considerate of the company’s investment in your training and being honest with them about your intentions. If they are happy with the current situation and the training is valuable and can help your next move or get you exposure to people beyond your immediate hostile environment it might be worth taking the opportunity and using it to your advantage. — 40-something, NYC, director at consultancy

Keep the job until you find something better and don’t worry about what your boss is spending, that is his/her problem. – 40-something, small business owner, Brooklyn, NYC