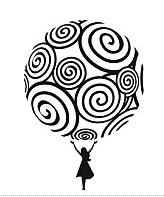 Instead of ever taking the time to be alone or listen to the voices in your own head, it’s almost like filling your life with stuff so you don’t have to think about it. I know a lot of people who do that. The busier they are, the less intimacy and connection they will have with themselves and with others. Some people do that to avoid something.

But it seems like in the twenties, people are doing it just because they don’t know. Everybody feels like they are going to miss out on something if they aren’t out going to that party or doing this and doing that. I was constantly feeling like “I was missing out if I wasn’t doing it but every now and then I sort of wish I had listened to my own self a little more.

Sometimes superficiality is bliss. But I think anytime that you learn more about yourself, you’re adding a little gold nugget to your pot.