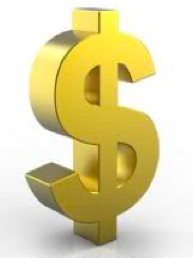 There’s still quite a bit of debate on whether money buys happiness. But 40-something women agree… it does buy you independence.

“If independence is what you want, money is a big key to it. Financial success equals independence. It doesn’t get better than that. All the rebellion or individuality in the world is nothing if have to rely on others for support.” — 40-something, NY

“I think the best thing you can do is to be super smart about your money because it gives you a sense of power to have that kind of control over your finances. I never had that sense of power. I didn’t even know how to write a check.  I was so ridiculously stupid about all that stuff. It made me feel irresponsible. I thought…who cares? As long as I just make more I’ll be okay. But of course it doesn’t always work that way. I know that firsthand. So I wish I had been smart about money from the very beginning because that’s something that’s gonna be with you your whole life. My irresponsibility created more irresponsibility. I had this image of myself in my 20’s as being this devil-may-care cool character. I guess not caring about where my money was or where my money came from went with that but it makes you feel so out of control. Once I got control of my money and understood finance, it was a huge relief. It’s a good thing to have power and control over.” – 40-something, Los Angeles, CA

“I would say start planning for your retirement now. Start saving money and being careful with money. When you’re in your twenties, you don’t think so much about that because you think that you’re so young and you have your whole life ahead of you. But start putting it aside even if you’re making $16,000 a year. Put $10 a month aside if that’s all you can afford but put something aside starting with your first job no matter what it is. You really need to think about your financial future. It’s just not as important as it becomes when you’re in your forties. Your forties are like holy s***! You get all that closer to retirement and you’re thinking “damn!” And you don’t know what’s gonna happen with the economy and who might get laid off or what may happen in your career. If you don’t plan anything else, plan your finances.” – 40-something, San Francisco

“Save your money. Be financially astute. And if you don’t know how to do that get yourself educated because I think that is one of the most important things you need to know in life. It’s not having the latest accessories, clothes, car, whatever. It’s about saving money and just making an investment in your future. – 40-something, Chicago, IL

“I wish I had bought an apartment in my twenties. It would be worth hell of a lot more today if I had. Invest. Don’t keep waiting for it to happen. Make it happen. Whatever that is, if it means buying a tiny studio apartment rather than living in a nice two bedroom rent control apartment but if you can afford a tiny studio, buy it. Live in it for a few years. Start that. You think it’s going to tie you down but it doesn’t…it gives you options. You can rent, sell or you end up living there.” – 20-something, New York, NY

“I wish someone had told me to not rent. Buy a house. Buy a duplex and get a roommate. You don’t think like that. I rented an apartment for 8 years. And with what I was paying in rent I could have bough something. You could have bought it and found a roommate to help pay. – 40-something, Cleveland, OH

“If you are going to spend, spend on experiences. Be akay with having a closet full of experiences. I love shoes but maybe instead of manola blaniks, I went to Rome.  Accumulate experiences rather than stuff. When I think about what I loved when I was twenty and I saved all my money for and was like, “I love it” and now … not so much. — 40-something, Los Angeles, CA

“I wish I could give every 20-something woman a great job so they have financial independence and don’t ever have to depend on a guy or worry about that”. – 40-something, Los Angeles, CA